History of the Brooks Estate 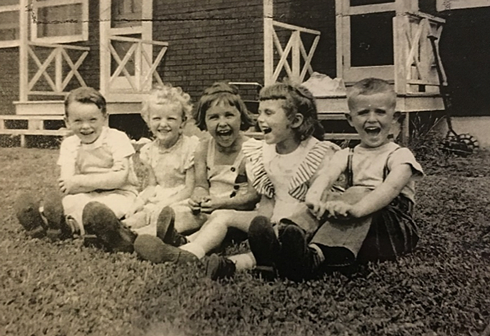 The Brooks Estate encompasses centuries of Medford history. The original 400 acres were acquired by John Brooks in 1660. The Brooks farmed and fought in the American Revolution. They were also slaveholders. The outlines of today’s Brooks Estate begin when Peter Chardon Brooks III and Shepherd Brooks made it a summer retreat. In 1859, Peter built the Point of Rocks mansion. In 1880, Shepherd built the Shepherd Brooks Manor and Carriage House, designed by architects Peabody and Stearns.

In 1942 the remaining 80 acres were sold to the City of Medford and the property was placed under the jurisdiction of the Oak Grove Cemetery.

From 1946 to 1954, 200 veterans’ families lived in Brooks Village and nine families lived in the Manor. Twenty acres south of Brooks Pond were converted into Cemetery grounds. The Manor was a nursing home and the Hegner Center until the 1980s. It was then abandoned until rescued by M-BELT in the late 1990s. Through these decades, the landscape and buildings suffered a great deal.

The story of the Brooks Estate is deeply intertwined with Medford and continues with every visitor!

Until Pilgrim and Puritan settlement in the 17th century, Medford was home to The Mystic Indians, a subgroup of the Pawtucket Indian tribe, who lived in the surrounding area for thousands of years.

The Mystic Indians hunted and fished along the shores of the Mystic River, moved seasonally with the food sources, and built a wooden fort at what later became the site of Point of Rocks on the Brooks Estate.

The Mystic Indians went into a long period of decline after being defeated by a rival Penobscot tribe and the smallpox epidemic of 1633 that wiped out entire regions of New England Native Americans just as the Puritan great migration to New England was gaining ground.

Thomas Brooks, one of the first Puritan settlers of Boston, acquires 400 acres of land encompassing most of present-day West Medford, including parts of Winchester in the north to the Mystic River in the south and the Mystic Lakes the west.

The size of the Brooks Estate varied wildly over the next 250 years with the status and wealth of the Brooks family, but the core of the Estate centered on Grove Street, which ran through their property, accessing the various houses, farm fields, and support buildings.

As one of Medford’s founding families, The Brooks Family was deeply involved in the earliest forms of Medford’s government; over eight generations were significant contributors to Medford’s town and later city.

The Brooks Family enslaved person named Pomp builds a brick wall on Grove Street in front of Thomas Brooks’ house (since torn down). The Brooks were enslavers as early as the 1720s and held several enslaved Africans until 1783 when Massachusetts abolished slavery and emancipated the enslaved. The Brooks family enslaved people played a significant role in the family’s wealth.

After a distinguished career as a military officer in the Revolutionary War, John Brooks (1752-1825) is elected Governor of Massachusetts. He served seven one-year terms from 1816-1823, representing the Federalist Party. His grave is marked by a tall obelisk in the Salem Street Burial Ground in Medford Square.

Peter Chardon Brooks (1767-1849) passes away after amassing a fortune in marine insurance, leaving his son Gorham Brooks and his six siblings about $2 million ($72 million in 2022 dollars). The inheritance placed the family among the richest in Massachusetts. The family’s wealth and status led to alliances and marriages with some of the wealthiest families in Boston, including the Saltonstall, Gardner, Leverett, and Lawrence and Adams clans.

The Brooks Family moved to Boston but maintained their Medford farms and estates as summer homes and pleasure grounds. Peter’s grandsons Peter Chardon Brooks III and Shepherd Brooks gained their inheritance at a young age, allowing them the freedom to transform the Brooks Estate into their self-made worlds.

Peter Chardon Brooks III builds his summer home at Point of Rocks, on the Estate’s highest point off Grove Street, with commanding views west over the Mystic Lakes and south over open lawns. Architect Calvert Vaux designed a sprawling Italianate granite, carved stone mansion, and giant stable. Point of Rocks was the grandest house ever built in Medford. Sadly, the house fell into disuse after Peter’s death in 1920 and was demolished by the City of Medford in 1946.

Shepherd Brooks builds his summer home at Acorn Hill, designed by noted 19th-century architects Peabody & Stearns. The Shepherd Brooks Manor and the adjacent Carriage House were built in the Queen Anne architectural style nestled into a naturalistic, wooded landscape. They featured an interior of carved woods of different species in each room, including ash, pine, cherry, and butternut. The adjacent Carriage House is built in a similar style. The Manor only survived because the City of Medford was able to house nine veterans’ families in the building from 1946 to 1954. The Carriage House, while now stabilized, was almost lost to the ravages of neglect.

Irish immigrants begin to hand-dig the ten-acre Brooks Pond, Medford’s largest manufactured natural feature. Created out of a natural marsh at the low point of the Estate, Brooks Pond was completed in 1889 after six summers of work. It gave both the Point of Rocks and the Shepherd Brooks Manor a water feature/view for their respective houses to look down upon from their elevated locations.

Noted nineteenth-century painter and portrait artist John Singer Sargent travels to the Brooks Estate in October to paint Peter Chardon Brooks III, Sarah Lawrence Brooks (above, left), and their daughter Eleanor Brooks (above, right). Peter was an avid art collector and donated pieces to many museums, including dozens of paintings and two Monets, the Boston Museum of Fine Arts, and the Peabody Essex Museum in Salem, where Sarah’s Sargent portrait is prominently displayed to this day.

The Brooks Family legacy extends beyond local business and politics. Most notably, The Brooks brothers helped pioneer the Chicago School of Architecture development through their projects and a new building type just emerging at the time – the skyscraper.

Following the Great Chicago Fire of 1871, Peter Chardon & Shepherd Brooks invested in rebuilding the Windy City. For nearly three decades, the pair oversaw the development of a half-dozen new buildings, ending with The Brooks Building in Chicago, completed in 1910.

After acquiring the Brooks Estate in 1942, the City of Medford converts the Shepherd Brooks Manor into an apartment building, housing ten families of returning World War II veterans. The Brooks Village development had over 200 families living in several dozen “temporary” one-story buildings spread across the Estate and present-day Oak Grove Cemetery land from 1946 to 1954.

The Manor was later used as a nursing home and a group home for developmentally disabled adults in the 1960’s through the early 1990s.

The Brooks Estate, including the Shepherd Brooks Manor and the Carriage House are listed on the National Register of Historic Places. Left to right: X, Tom Lincoln, Scott Bickerton, Audrey Stanwood, Doug Carr.

The City of Medford proposes a cell phone tower located at the Brooks Estate, very close to the Shepherd Brooks Manor and Carriage House. The proposal elicits a firestorm of protest by the citizens of Medford, culminating in the creation of the Brooks Estate Preservation Association (BEPA) in 1993, which advovated for the preservation and permanent protection of the Estate.

Following a multi-year lobbying effort by BEPA, the Medford City Council passed, and Mayor McGlynn signed a resolution to permanently protect the 50-acre Brooks Estate and the Manor and Carriage House through a Conservation and Preservation Restriction.

The resolution created a public-private partnership between Medford and a new 501(c)(3) non-profit, the Medford-Brooks Estate Land Trust (M-BELT), dedicated to the long-term restoration of the land and buildings. The City of Medford would continue to own the Brooks Estate, but M-BELT would manage the buildings and landscape and advocate its restoration.

With the Estate permanently protected, M-BELT turns to the huge job of restoration, starting with a massive cleanup and the rescue of a dilapidated Shepherd Brooks Manor. Work begins on a long list of repairs: a new slate roof, 70 sets of shutters, 5 rebuilt chimneys, a completely restored West Porch and Verandah, as well as a host of systems upgrades and interior improvements. The landscape benefits from invasive removal, rationalization of the trail system and wetlands work, among other projects. M-BELT has funded architectural drawings, work on the Carriage House, and rebuilt the 1994 Boardwalk.

Donate today and continue the historic legacy left to our community by the Brooks family. Your monetary support will help preserve, restore, and transform the Estate into a fully-functional community destination for the enjoyment of all.