1859 Cornerstone Returned to the Brooks Estate 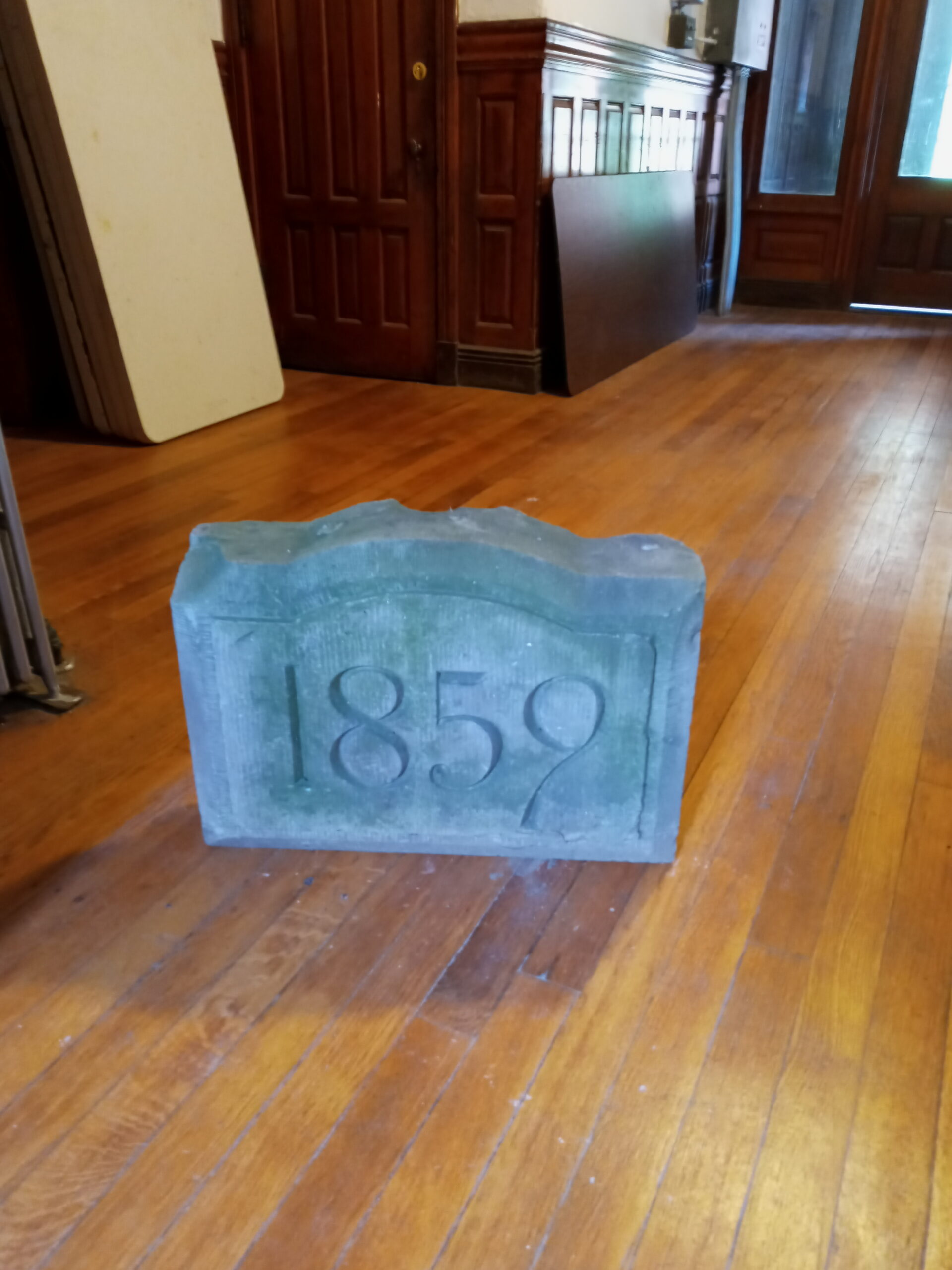 Some years ago, Rob Allen, a founding member of BEPA, discovered a large “1859” cornerstone in the northwest corner of the Brooks Estate, near the original site of the Point of Rocks mansion (built in 1859).

The stone, which weighs about 250 pounds, was removed for safekeeping in the neighborhood. Recently, it was returned to the Shepherd Brooks Manor!

This stone is likely the only piece of Point of Rocks that still exists, since the building was demolished by the City of Medford in 1946. The granite ashlars were buried (and thought by some that several pieces were “recycled” for other buildings in the area.)

We will decide how to display this beautiful artifact in a way that ensures it stays put and is visible as a reminder of what has been lost and what has been saved at the Brooks Estate. 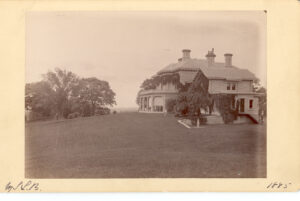 Point of Rocks Mansion (1859) Photo by Sarah Lawrence Brooks, July 1885. The mansion was designed by Calvert Vaux in an Italianate style, and included a third-floor ballroom, a 2-acre lawn, and stunning terrazzo verandah. It stood only 87 years. 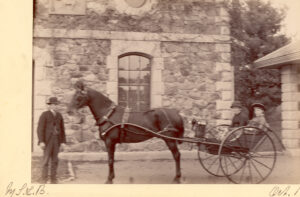 “Irving (the stableman), Eleanor Brooks and Edith Bangs, and Barrett the horse” Taken in front of the Point of Rocks Carriage House in 1884 by Sarah Lawrence Brooks. The light runabout (cart) was a popular way for visitors to be shown around the property. 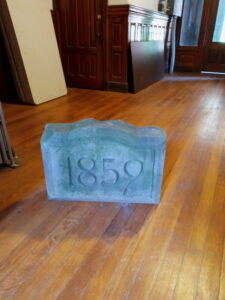 The 1859 cornerstone awaits a more permanent home at the Brooks Estate. 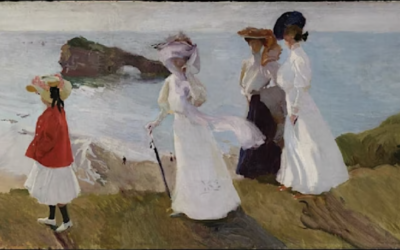 Join Doug Carr, an architect and student of art and history, as he presents a variety of art works collected by...